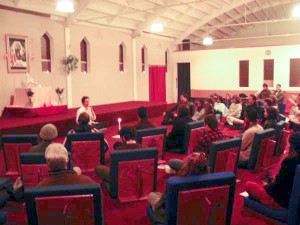 In this topic, Belsebuub covers why it’s important to study and make use of dreams and astral experiences in order to gain a more complete picture of the psyche.

Belsebuub says that dreams occur every night with sleep, whether we remember them or not. He explains that most dreams are images from the subconscious that are projected onto the astral plane. He says,

“With sleep, we leave behind the physical body—which holds the psyche onto the physical plane—and sensory impressions, and enter the fifth dimension, what we call the astral plane. We are connected then to the physical body through a silver cord, which makes it impossible to not come back to the body after we have woken up. So, while we dream, messages are sent from us, the psyche, in the astral, to our physical body, including the brain, and vice versa, through that silver cord.”
~ Belsebuub1

He goes on to explain that since there is no physical world to see, touch, or taste in the astral, what we’re left with are our thoughts, emotions, and consciousness. Furthermore, we often don’t see what’s actually in the astral plane because of the images of the mind. When egos manifest during the day and one is daydreaming with thoughts, emotions, and feelings, not being aware of where they are with the information being taken in by the five senses, this then carries on at night in dreams. Belsebuub says that when an ego feeds, the scene or situation gets recorded in the mind, and the egos then use these representations in the mind to manifest in our dreams. To see what’s actually there in the astral plane then, he says, we have to be aware.

Belsebuub explains that the projections of the subconscious in dreams can also be cleared by spiritual beings if they want to teach us or show us something, and that much of these teachings and what’s seen in dreams are given in symbolic forms, which one can understand primarily through intuition. He also says that we can receive premonitions of the future in dreams that we would have no other way of knowing.

Belsebuub explains that the astral plane is in the fifth dimension, and is the place “where dreams occur, where mystical teachings are given, and where the deceased go.”2 He says it is another part of life that is completely real and which you can learn to go to consciously in the astral course.3

In the astral plane, Belsebuub says:

“You can meet spiritual beings, discover secret knowledge, see where your spiritual obstacles and your inner defects are, learn hidden wisdom about death, the process of awakening, get premonitions of the future, receive guidance, discover the purpose of life, discover what happens with death, and much more.”
~ Belsebuub4

Belsebuub affirms that studying dreams and having astral experiences are important tools to use to gain self-knowledge alongside the self-knowledge exercises that can be carried out during the day.

Belsebuub says that one can gain more information about the egos, monitor how their work on the egos is going, and find out which ones are most urgent to work upon by looking carefully into their dreams. He says that any egos that show up in dreams are the ones that you should target during the day.

Belsebuub explains that although in dreams you may sometimes see yourself acting in ways you wouldn’t normally do in daily life, such as getting extremely angry, fighting, stealing, etc., it’s an accurate reflection of what’s actually going on underneath in the psyche during any day of one’s life. He says that the less time spent in subconscious states in daily life, the more the psyche increases in consciousness and the lucidity of our dreams will increase as well, since they are directly related.

Dreams That Belong to the Subconscious

Belsebuub says that what were thoughts, emotions, desires, etc., in the physical world during the day are what are projected by the egos in the astral plane at night and form our dreams. As such, he says that these dreams give an accurate view of our psyche.

“Many people with good behavior here act in ways that are against their moral principles there. Many have an image about themselves being very good people, right about so many things, etc., but the dreams uncover the true reality. With this work what is within, uncomfortable though it may be, has to be uncovered. When it is, then it can be removed. Hiding away from one’s own reality makes true change impossible.”
~ Belsebuub5

Belsebuub says that when our actions change in the physical world, like not smoking or gambling anymore for example, the egos may continue to exist in more subtle layers of the mind, which can be highlighted in dreams. So if for example a person stops smoking after a long struggle in the physical, they may find that they have recurring dreams in which they are still smoking, which highlights the egos related to that activity are still there and need further work to be fully overcome and removed.

Using Dreams to Correct Harmful Actions in the Physical Plane

Belsebuub says that to progress spiritually, it is vital to have good behavior. And so in order to help correct one’s behavior, they can study their dreams, because actions in dreams show what one is truly capable of doing in the physical world if all restrictions were removed. By looking into dreams, he says, one can see clearly which egos need to be reduced further and which actions need to be corrected.

“It could be that in dreams you react angrily and start throwing things around, screaming, and being hysterical, something that you do not normally do in the physical; however, by being shown such a dream, you are being shown that, that particular ego is quite big and there is an urgent need to get rid of it, as it is a major stoppage in your spiritual advancement.”
~ Belsebuub6

Besides dreams from the subconscious, Belsebuub says that one can have dreams specifically for their personal learning, in which spiritual beings teach them. A person can be shown things either directly or often symbolically. He cautions that it’s important not to tell anyone the contents of these dreams though when one has them, because they belong to the personal side of the inner work upon oneself.

Divine Assistance in the Work

The weekly exercise for week five is to study the ego of fear. Belsebuub explains about fear, saying that:

“Fear is a very paralyzing ego; like other main egos it has many different aspects and they need to be observed in the different centers. There are many different manifestations of this ego, such as worries and anxiety, nervousness, feeling uncomfortable with meeting people, fright, etc.”
~ Belsebuub7

Belsebuub recommends to watch out not just for emotions, but for fear in the form of thoughts as well, as he says butterflies in the stomach are often triggered by thoughts for example. He also explains how fear is related to pride, as well as the state of one’s energies overall.

Like with the previous week’s study, he recommends to watch out for not just big outbursts, but also the little manifestations of the ego throughout the day, as well as to see if you can spot it manifesting in your dreams.