This site has been created by Mystical Life Publications — the not-for-profit publisher of author Belsebuub — to record the history of Belsebuub’s Searching Within course. It provides an explanation of Belsebuub’s work on self-knowledge, including how he wrote the course material for Searching Within, how the course was structured, and how it was delivered both online and in person.

This site provides a summary of each of the chapters of the book and shares experience articles about the benefits of participating in the Searching Within course. It also explains why and how the contents of the course were used to create the book The Peace of the Spirit Within and later Self-Knowledge for Spiritual Awakening and then Searching Within: Taking the Way of Self-Discovery for the Journey to Source.

About Belsebuub and His Work on Self-Knowledge 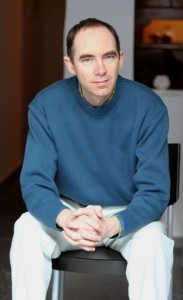 Throughout his childhood and early adult years Mark (Belsebuub is his pen name) held a deep interest in spirituality, attending various groups and lectures, including talks by Jiddu Krishnamurti where he first learned about practices to bring oneself into the present moment. However, despite having a profound respect for Krishnamurti, Mark (Belsebuub) found his teachings to be circular, realizing that they would not lead to lasting inner change.

In 1990 Mark (Belsebuub) came across exercises for awareness of the present moment and self-knowledge he began to explore deeply. Having begun to gain many experiences with these exercises, Belsebuub started to run sessions in multiple cities in the UK and later in Australia, where he explained self-knowledge information and practices as well as other spiritual topics.

In 2001, after years of freely explaining spirituality and self-knowledge in-person, Belsebuub began to publish free online courses. The first course he created was a course on astral travel and dreams, followed shortly after by his course on self-knowledge, which has been known variously as the Searching Within course, the Self-Knowledge course, and the Self-Discovery course. This course became very popular, being run both online and in person and being taken by tens of thousands of people over a period of about ten years.

In 2010 Belsebuub withdrew from public life.

Learn more about Belsebuub and his work on self-knowledge via the button below.

About the Searching Within Course

First introduced in 2001, Searching Within was a free course in self-knowledge written by author Belsebuub. In a time when e-learning was in its infancy, the Searching Within course was originally delivered online in eight weekly installments. Each week participants could download free PDFs detailing a different aspect of self-knowledge and explaining a practical exercise that participants could use to further understand themselves and to live more spiritually.

Due to its popularity online, Searching Within was also requested as an in-person course, and began to be run following the same structure in study centers and groups, eventually reaching eighteen cities around the world.

In the course, participants learned how to practice awareness of the present moment and how to observe their inner world of thoughts and emotions, thereby understanding the psychological causes of negative inner states and harmful behaviors. Participants also learned about consciousness, how to improve relationships, overcome addictions, and cultivate spiritual states such as inner peace and happiness.

Topics and practices from the course built upon each other from week to week, progressively allowing participants to broaden their understanding of self-knowledge both theoretically and practically. However, the main emphasis in the Searching Within course (and all of Belsebuub’s courses) was on personal practice, experience, and inner change in one’s own life.

Learn More About the Searching Within course

Read People’s Experiences with the Searching Within Course 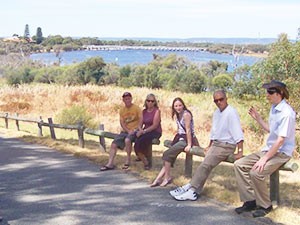 Searching Within was a life-changing course, with many of its participants explaining how the course’s practical focus and clear guidance allowed them to explore states of consciousness such as peace and happiness and to understand and begin to overcome undesirable emotional states such as negativity, fear, and anger.

Course participants stated that what they learned from Belsebuub allowed them to understand themselves better and to learn about the psychological causes for difficulties in their relationships and other problematic situations in their lives. Through this understanding they were then able to change their lives for the better.

Beyond improvements in everyday life, participants also described how the course led them to introspect on the big questions of life, to find a spiritual purpose and meaning that they had not previously known existed.

To read experiences with the Searching Within course use the button below.

Read People’s Experiences with the Searching Within course

Learn More about the Printed Book

In 2006, five years after the Searching Within course was first available, the course content was revised, updated, and published in book form as The Peace of the Spirit Within. In 2011 it was further revised, updated, and re-released as an eBook version Self-Knowledge for Spiritual Awakening, and again in printed form in 2017 as Searching Within: Taking the Way of Self-Discovery for the Journey to Source.

The latest book includes much of the content of the Searching Within course, with a new topic in each chapter, as well as practical exercises. Some chapters also include questions and answers from the original online course. The book was structured in this format so that a reader could begin to understand and change themselves from a practical standpoint, progressing through the book to future topics and practices as they were ready.

Learn More about the Printed Book