The Power of Changing Within – Jordan’s Experience

Previous Next
The Power of Changing Within – Jordan’s Experience 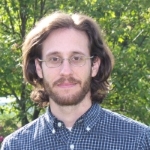 After having been told about and sent the Searching Within course via the downloadable PDFs yet not actually reading them for many months, one day I decided to give it a chance and finally go through it.

I started with week one’s topic, the course outline and introduction. In it, Belsebuub described key concepts that the course would cover that were completely new to me. Many things that I would have readily and quickly dismissed in the past if I had come across them in books or was told about them by others actually made sense for a change due to the very practical, down-to-earth, and simplistic way that Belsebuub managed to explain them. He had a way of describing things that could actually make them quite tangible and relatable to my life, so I could see how the information actually could apply—this was not a fantastical, typical, flowery, dreamy, unworldly way that most tend to write or speak about spiritual things, which was so off-putting to me.

Experiencing the Benefits of Spiritual Exercises

Then came the exercises. With each weekly topic there was also a weekly exercise. Although the course was eight weeks at the time and it was designed such that people could focus upon the exercise for the duration of the week as they went through it, I had been sent the whole course at once by a friend and resolved instead to simply try out the exercise given there and then before moving on to reading the next week’s topic and trying out its exercise, and so on, and so on.

After I read the first topic and tried the exercise, it was so interesting I didn’t stop at one but kept going. In this way, turns out I went through the whole course in that one afternoon! It was a complete about-face for me, as it highlighted different points of view to many of the latent beliefs and ways of thinking I had built up through my life up until that point, which allowed me to question what I was doing and where I was heading. I was very intrigued by the possibilities to change in such a fundamental way, and experience more spiritual ways of living and being, such as lasting peace, real happiness, etc., that I simply couldn’t put it down so-to-speak.

What really had me motivated and most interested was trying out the exercises. It was interesting to consider and then experience observing my ways of thinking, feeling, being, and acting. I hadn’t really paid attention to my thoughts, feelings, movements, etc., before—I just did them. In this way, life would quickly pass me by, and there would be no real opportunity to change the things I didn’t like.

For example, no matter how many activities I scheduled or participated in that I enjoyed doing, inevitably the demands of life required that I’d have to do things that I didn’t enjoy doing, such as chores like washing the dishes, certain aspects of my job at work, taking out the garbage, etc., and while doing those things, I of course wouldn’t feel as good as when doing the things I liked doing. Because Belsebuub explained the fundamental practices of awareness of the present moment and self-observation however — which would allow me to observe and eventually remove negative inner states and replace them with the spiritual states of the consciousness — I had the opportunity to go through life and reach states of happiness and peace even while engaged in things that while necessary in daily living, would otherwise have brought on more negative states or generally have me feeling a bit down within, wishing I was doing something else instead. For instance, I remember one time feeling completely happy and at peace while simply washing the dishes after dinner through doing the practices from the course! I couldn’t believe such a thing was possible, and so I was very keen to keep putting this into practice as much as I could moving forward.

Although I would go on to take Belsebuub’s other courses, these fundamental practices, along with the other exercises given in the course, became a big part of my life and the material in this course would be something I would consistently return to. I thoroughly enjoyed practicing awareness and self-observation in nature in particular. While on walks and hikes in the past I’d find it somewhat boring. Now armed with these practices however, sometimes I could truly experience the beauty, calm, and stillness of nature, while at the same time, learn something new about myself by watching the sorts of thoughts, observations, and feelings I would have as they arose in the moment.

Applying Self-Knowledge in My Daily Life

The experiences I gained on these walks then translated quite well into my daily life in the city, which really allowed me to approach things in a new way. For example, there was this one co-worker that had always treated me quite badly, being generally mean, dismissive of anything I had to say, and making things altogether unpleasant at work. It was so obvious that some of my other co-workers would even sometimes take me aside and openly wonder why this person was treating me so badly.

Once I had the information from the Searching Within course however and put it into practice, rather than focus on feeling myself as a victim, being defensive, internally criticizing that person for mistreating me, and so on, I simply went about my days at work and watched closely for these sorts of thoughts, emotions, and feelings when interacting with that person. I also combined this with the elimination of the egos technique, a technique taught in another of Belsebuub’s courses, but the foundation for which I had learned in the Searching Within course and its supplementary readings. So instead of going along with the negative thoughts, emotions, and feelings, I tried as best I could to observe them from a detached point of view, eliminate them, and return to the present moment, doing what needed to be done physically and carry on simply treating that person normally as I would treat anyone else.

This was very much in contrast to my old approach, which was to avoid that person whenever possible, and to carry on thinking negative thoughts about how they were treating me and their behavior in general, worrying about the situation, always trying to figure out how to avoid them or not offend them, and so on. Strangely enough, I discovered that although this person was being mean to me physically for seemingly no reason, I hadn’t exactly been an angel to them in return internally! I realized that although I couldn’t change that person, what I did have the potential to change were my own thoughts and feelings towards them.

Much to my surprise, after a few weeks of using what I’d learned from Belsebuub to respond in the best way I could to the situation, all of a sudden one day that person started being nice to me, seemingly out of nowhere. They even spoke well of me and my work to others. This previously bad situation which had caused much unpleasantness at work and even had me considering transferring locations had passed not by me running away from it, not facing it, or trying to change things physically, but rather, through practicing the very inner work that Belsebuub had described in the course.

All-in-all, the potential to change within that the course explored really resonated with me, because I could clearly see that no matter what I did to arrange things in life, or how successful I could become, inevitably I would have to do things I didn’t like doing, or difficult events and circumstances of life would come up repeatedly that would put me into bad states. So I could see how working upon changing within would have a greater effect upon me and my life circumstances than solely working on changing things externally.

The information in this course gave me a potential to change my life in ways that nothing else could, and that’s why it became so important to me.